The 2002 FIFA World Cup brought the eyes of the globe to Asian football. The global game's biggest teams and players took to pitches all over Japan and South Korea, vying for the most coveted prize in sports.

And every match played here in Japan took place in a stadium that has continued to play a role in the J.League over the years.

Nissan Stadium, home of Yokohama F·Marinos, played host to the final and saw Ronaldo score two goals as Brazil lifted the World Cup for a record fifth time. The stadium was also the site of Japan’s landmark 1-0 win over Russia, the first of three group stage games held at the famous venue, which has also hosted a Rugby World Cup Final and the gold medal match in the Olympics. Brazil advanced to the final after beating Turkey, 1-0, in the semi-finals at Saitama Stadium 2002, home of Urawa Reds. The venue, which often plays host to the Japan national team to this day, also saw the Samurai Blue open their tournament with a 2-2 draw against Belgium en route to the knockout stages as the first of four matches played in Saitama. Shizuoka StadiumECOPA, which sometimes hosts Shimizu S-Pulse and Júbilo Iwata matches, was the site of Brazil’s famous quarter-final win over England that saw Ronaldinho put on a performance for the ages. It hosted two other matches at the World Cup as Germany beat Cameroon and Belgium edged Russia in the group stage. Japan’s World Cup run ended at Q&A Miyagi Stadium, where Vegalta Sendai have been known to play big matches. The Samurai Blue fell to Turkey, 1-0, in the Round of 16 there after the venue hosted two group stage matches previously. 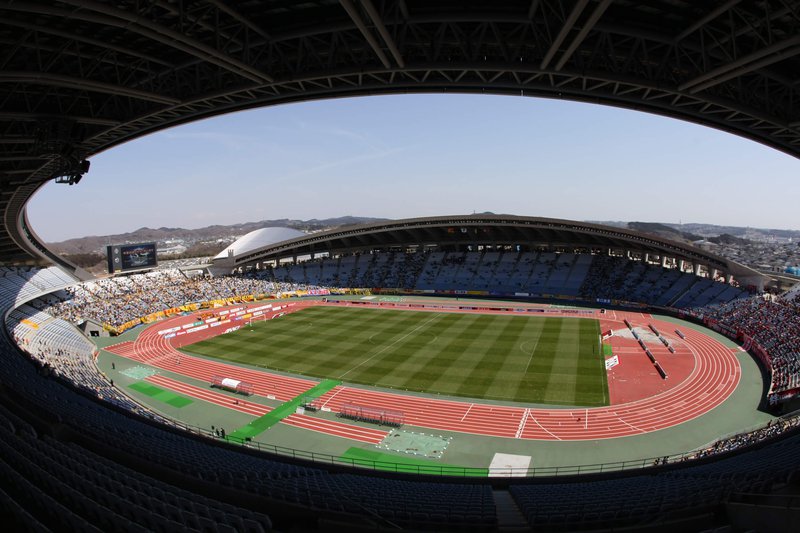 Denka Big Swan Stadium, home ground of newly-promoted J1 side Albirex Niigata, was witness to one of England’s great World Cup knockout performances as they thrashed Denmark, 3-0, in the Round of 16. It also welcomed two group stage matches to its pitch. It looks a bit different today but Vissel Kobe’s home, Noevir Stadium Kobe, also hosted two group stage matches before eventual champions Brazil topped Belgium there, 2-0, in the Round of 16. The iconic Big Eye, Showa Denko Dome Oita is the home of Oita Trinita and, in 2002, hosted Senegal’s thrilling Round of 16 win over Sweden in extra time. It also was the site of two group stage contests, including Mexico vs. Italy, which featured one of the great World Cup headers from El Tri's Jared Borgetti. 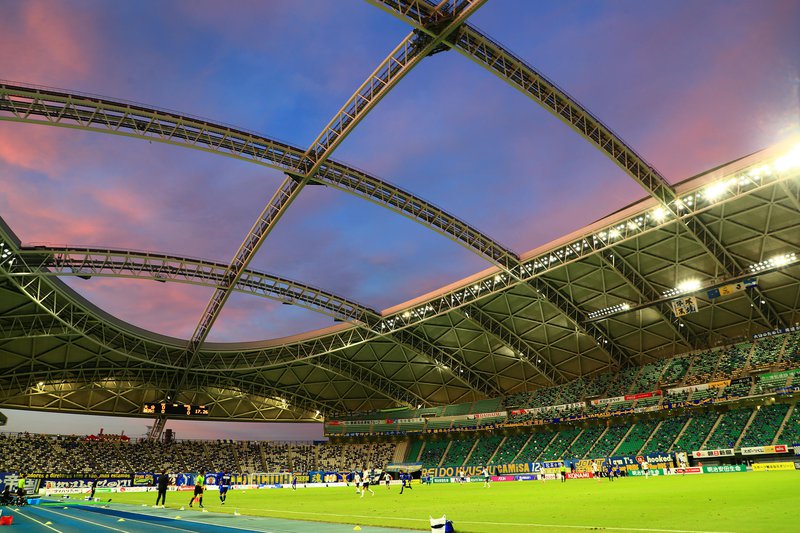 The Sapporo Dome, Hokkaido Consadole Sapporo’s home stadium today, was the site of group stage wins for Germany, Italy and England. Fans of the Three Lions will remember the futuristic stadium as the place where David Beckham exacted his revenge against Argentina from the penalty spot. Argentina had far better luck in Ibaraki at Kashima Soccer Stadium, where they defeated Nigeria. The stadium also played host to a memorable Republic of Ireland draw against Germany and Croatia's upset over Italy. With many of these ground still playing host to J.League matches every weekend, memories of the 2002 World Cup are alive and well on Japanese shores.

Which one of these stadiums is your favorite? J.League Asia Challenge 2022 set to kick off in Thailand!