Coaches from all all over the world have taken charge of teams in the J.League over the past three decades, including of course several from Australia.

As well as some of the best tacticians from down under working their magic in Japanese dugouts, several Australian players with J.League experience have also gone on to become highly-regarded managers in their second careers. Here are five of the best! 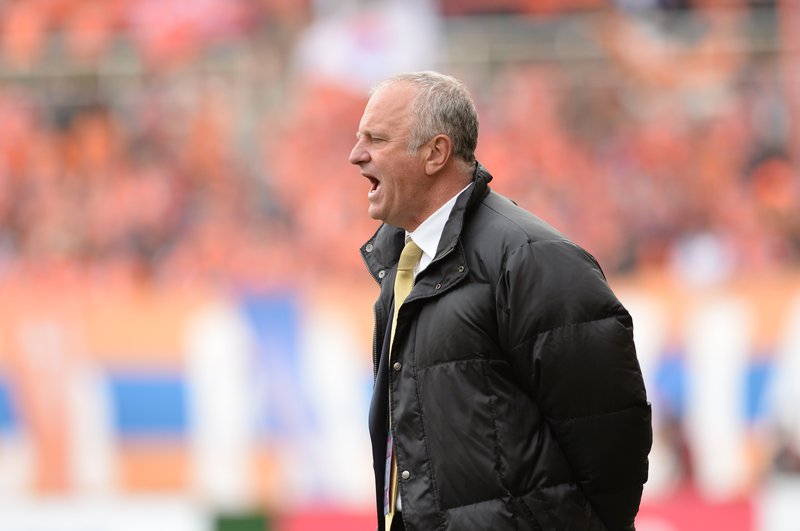 The current manager of Australia, Arnold played for Sanfrecce Hiroshima in 1997 and 1998 when they were managed by former Socceroos boss Eddie Thomson.

He averaged a goal every four games in the J.League for the Purple Archers, and then briefly returned to Japan in 2014 for a short stint as manager of Vegalta Sendai.

Prior to that, Arnold had gained plentiful experiencing coaching the Australian national team and Central Coast Mariners, and after enjoying much success with Sydney FC upon his return to Australia he was named as successor to Bert van Marwijk after the 2018 World Cup.

Postecoglou’s reputation preceded him when he arrived at Yokohama F·Marinos in 2018, having previously delivered success almost everywhere he had been.

Domestic triumphs with Brisbane Roar and Melbourne Victory were supplemented by an Asian Cup title when Australia hosted the continental showpiece in 2015, and he didn’t disappoint during his spell in the J.League either.

Introducing an aggressive, possession-based style of play to the Nissan Stadium side, Postecoglou led Marinos to a runners-up finish in the J.League Cup in his first year in charge and then built upon that in 2019 by delivering a first J1 title in 15 years. His star continued to rise as a result, and he subsequently moved on to a new challenge with Scottish Premier League giant Celtic F.C. over the summer. Like Graham Arnold, Popovic also arrived at Sanfrecce Hiroshima in the late 1990s, during which time he was a teammate of current Japan manager Hajime Moriyasu.

The centre-back earned a move to English Premier League side Crystal Palace in 2001, and after retiring as a player he made his first steps into a coaching career with spells on the staff at Sydney FC and then back at Palace.

It was with Western Sydney Wanderers that Popovic truly made his mark though, leading the A-League side to the AFC Champions League title in 2014. Since that triumph he has continued to add new strings to his bow, gaining further experience in Europe as the man in charge of Karabükspor in Turkey and Xanthi in Greece.

A long-time assistant of Ange Postecoglou, including with the Australia national team and at Yokohama F·Marinos, Cklamovski set out on his own as a manager for the first time with Shimizu S-Pulse in 2020.

Advocating the same proactive approach as his mentor, Cklamovski places a premium on maintaining possession of the ball and demanding his players control the flow of the game.

Things didn’t quite work out at Shimizu, but Cklamovski took on a new challenge at struggling J2 outfit Montedio Yamagata this summer and instigated an immediate upturn in fortunes, and while promotion is likely beyond them this year the Mountain Gods will certainly be a team worth keeping an eye on in the coming seasons. Vidmar is yet another Australian to have played for Sanfrecce Hiroshima at the tail end of the last century and gone on to have a successful career as a coach.

Just like fellow ‘Sanfrecce School’ graduates Graham Arnold and Tony Popovic his coaching career began with success back in Australia, and Vidmar was in charge of Adelaide United when they lost the 2008 AFC Champions League final to the J.League’s own Gamba Osaka.

Since then he has spread his wings further around Asia and enjoyed spells working in Singapore and Thailand, where he is currently in charge of BG Pathum United, who he led to the Round of 16 in this year’s AFC Champions League.