J.LEAGUE has announced that it has reached an agreement with Sony Pictures Networks India on the broadcasting of the 2021 MEIJI YASUDA J１ LEAGUE.

Live broadcasts of the MEIJI YASUDA J１ LEAGUE are scheduled to be available from Sec. 18 on June 19, on SONY TEN 2 (paid) and SonyLIV (OTT), in the following eight countries: India, Bangladesh, Bhutan, Afghanistan, Maldives, Nepal, Pakistan and Sri Lanka.

The number of overseas viewers of the MEIJI YASUDA J.LEAGUE and the number of overseas countries and regions where it is broadcast is continuing to grow, centered on Asia. With the conclusion of this agreement with Sony Pictures Networks India, MEIJI YASUDA J.LEAGUE will now be broadcast in over 60 countries and regions worldwide.

Further announcements may follow upon determination of additional regions and broadcasters. 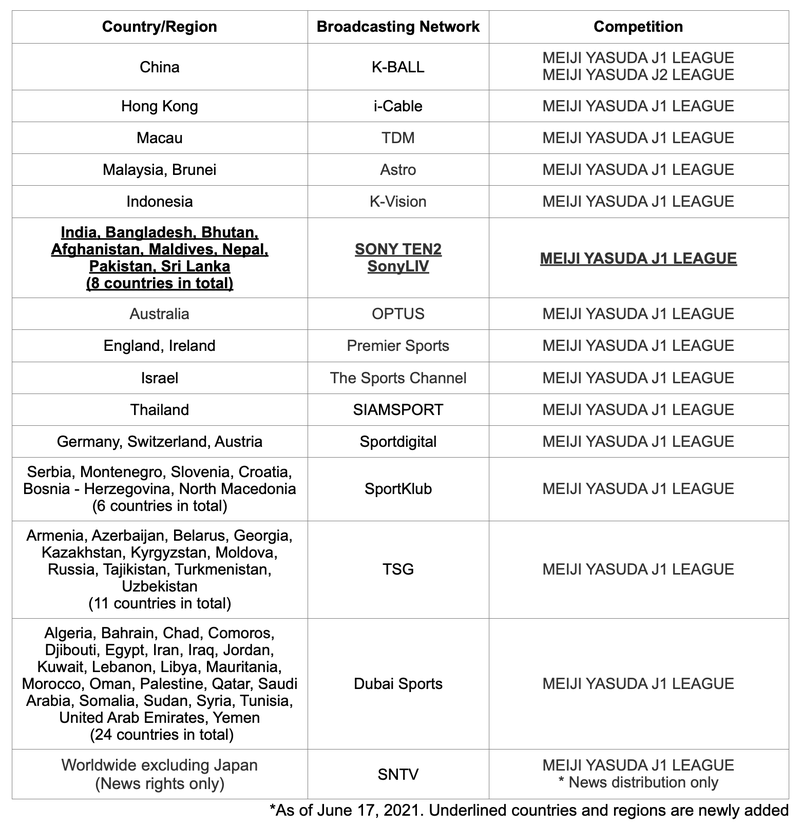