Leandro Damião and Daizen Maeda have won the MEIJI YASUDA J1 LEAGUE Top Scorer for 2021. The Kawasaki Frontale and Yokohama F·Marinos strikers each scored 23 goals to tie for the league lead and share the award given to the top goal scorer. 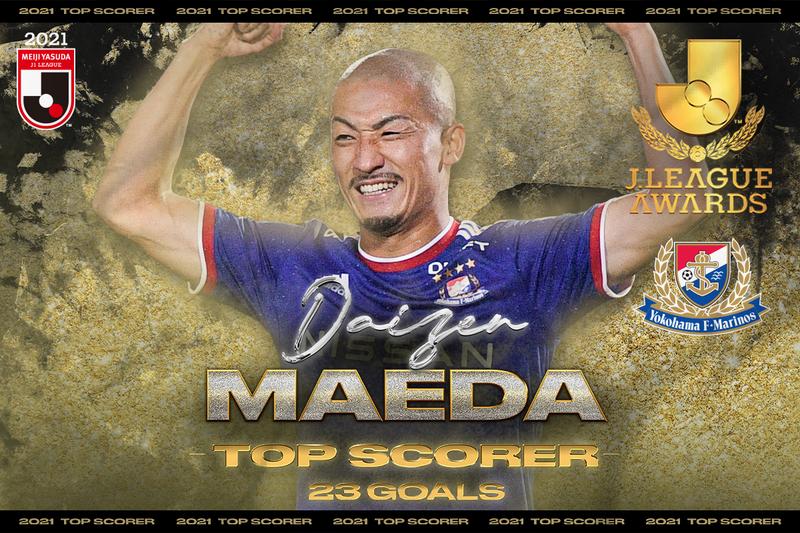 Leandro Damião held the league lead for goals for much of the early part of the season, but he was passed by Vissel Kobe’s Kyogo Furuhashi in the summer. After Furuhashi was transferred out of the league to Celtic F.C., Maeda found a good run of form to take over the league lead, which he held almost to the end of the season. The Marinos frontman looked like he would win top scorer, but Leandro Damião scored eight goals in seven matches to tie Maeda with 22 goals apiece heading into the season finale.

Frontale and Marinos met in the final match of the season, setting the stage for the league’s top two goalscorers to battle on the same pitch for Top Scorer honors. Leandro Damião gave Frontale a 67th minute lead with a terrific header, but Maeda answered six minutes later with a tidy finish in front. They were both up to 23 goals, and that is where they would finish - joint top goals scorers, which is fitting considering the way they pushed each other as the class of the league all season.

Not only did Leandro Damião and Maeda lead the league in goals, but their teams also topped the table. Frontale won their second consecutive MEIJI YASUDA J1 LEAGUE title, while Marinos leapt seven spots up in the table to second place in large part thanks to Maeda’s excellence.

After both Leandro Damião and Maeda played superbly all season and clearly established themselves as the league’s two best goal scorers, it is only right that they share the award of Top Scorer. They were the class of the league, and they’ll both have trophies to show for it.